Welcome to part two of our journey through the fascinating and often extraordinary heritage of the four-wheel drive vehicles we know and love today. Last time, in article one, we looked at the the origins, from the technology’s invention in the 1890s up to the end of the 1930s.

Here, in part two, we’ll look at the massive developments that were made during the Second World War and the post war years, when consumer 4WDs started to become commonplace. We’ll look at how advancements in mechanical technology allowed engineers to create genuine ‘off-road’ vehicles, capable of high speed and reliability even in the roughest of terrains. We’ll then chart how these vehicles went from being an incredibly effective military workhorse to a highly sought-after consumer vehicle.

We left off the last article with the production of the Soviet built GAZ-61, in 1936. As four-wheel drives went in those days, this was a super light (1.6 tonnes) and super fast vehicle (it reached over 100km/h).

Engineers were quick to realise that the lighter they could make a four-wheel drive vehicle, the more useful it could be. In 1940, the US military put out a request to the automotive industry for the creation of a ‘quarter ton’ four wheel drive truck, meaning one which would have a maximum payload of 500lbs, or 225kg. Three companies, Ford, Bantam and Willy’s came back with viable vehicles, within just a few months. Each of these vehicles had their strong points, so in the end, the military decided on a vehicle which combined the best of all three, while awarding the big military contract to Willys.

What resulted was the iconic Willys GP, or ‘Jeep’, heralding a new era of four-wheel drives. It turned out to be an incredibly dependable truck and, with its superior ground clearance, could traverse even the roughest of terrain. It weighed around a ton, and could reach speeds of 65 miles per hour. Such was the demand that Ford was licensed to produce their own version (the Ford GPW), and between the two companies they turned out over 600,000 units before the end of the war.

These vehicles were so groundbreaking at the time that they soon became the best known four-wheel drives in the world. Their versatility was universally praised, and they were soon being used for everything from off-road ambulances to gun units, and everything in between. The military even licensed the production of an amphibious jeep, the Ford GPA, which was used effectively during the Normandy landings.

Jeeps were exported to US allies around the world, and ended up being used in every theatre of WWII. The Americans shipped them to the French, the Russians, the Australians, the Indians and the Chinese. They became the iconic Allied symbol, so much so that rumors spread within the Nazi ranks that each soldier was issued his own personal Jeep!

These trusty workhorses were used to clear snow, as ploughs to dig up ground, to tow heavy infantry, and they were even used in packs of up to sixty as nighttime raiding party vehicles! Suffice to say that these vehicles proved massively popular, reliable and practically indestructible, earning themselves a well-deserved place in the 1940s zeitgeist.

The Crossover to Civilian Life

It’s estimated that the Americans built one and a half million light 4X4s during the war, so when the conflict ended, a huge surplus of these jeeps reached the consumer market. In the meantime, Willy’s executives, realising their vehicle’s fame and the potentially huge civilian demand, had already started to develop non-military versions.

The Willy’s CJ (Civilian Jeep) were the world’s first mass-produced 4WD vehicles to be available to the public, and the public quickly fell in love with them. Their usefulness on farms and off road soon became apparent, as did their use for exploring parts of the country that were previously unreachable by car. And with that, the idea of ‘off-roading’ as a hobby was born.

Competitors quickly followed Willy’s example, with several other US companies launching lightweight consumer 4WDs. In the meantime, the Rover company launched its iconic ‘Land Rover’ in 1948, a huge commercial success.

The era of the four wheel drive as we know it today had well and truly begun, and what followed were generations of improvements to comfort, versatility and off-road technology. This included the arrival of what is now known as the ‘SUV’ and the acceptance of four-wheel drive technology into the world of rallying.

All of that, and more, will be dealt with in part four of the series. Next time, in part three, we’re going to take a break from the pure history and look at the technical side of things—how four-wheel drive systems actually work. We look forward to seeing you there! 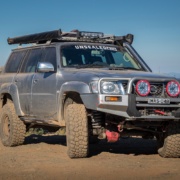 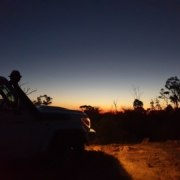 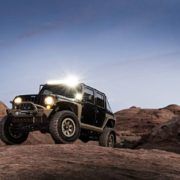 Shedding Some Light – Which Driving Lights Are Best for Your 4WD? 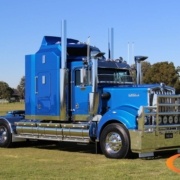 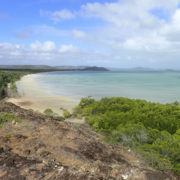 Introducing the Nitro Maxx 180 – The Most Powerful LED Driving Light on...